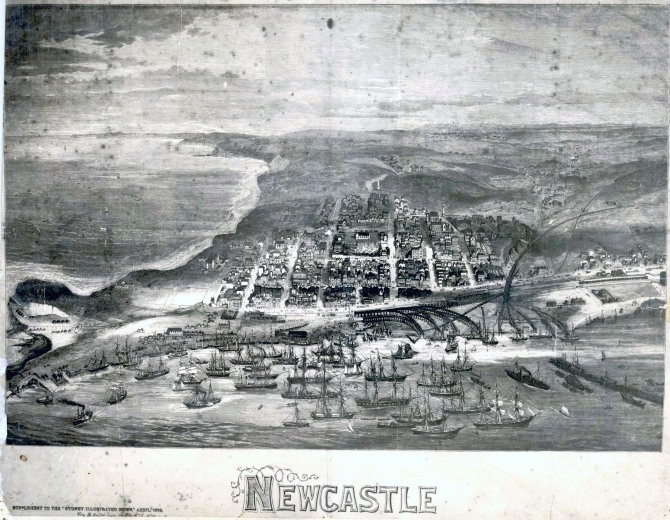 University of Newcastle Archivist Gionni Di Gravio discusses the arrival in Newcastle of six escaped political prisoners from New Caledonia back in March 1874 through the eyes of Henri Rochefort. Recounting his observations of the people and places of Newcastle “Happy those peoples who have no history!” Rochefort was also very appreciative of the Newcastle Captain of the P.C. E. (Peace Comfort and Ease) who provided them with safe passage to his home town of Newcastle. We hope to find the relatives of this Captain David Law, who once lived at Pitt Street Newcastle, just behind the Public Library in Laman Street.

Dubbed the “Prince of the Gutter Press”, Henri Rochefort (along with 5 of his fellow escapees) visited Newcastle in 1874 after he made a daring escape from prison in New Caledonia, where he was serving time for his notorious role in the French Revolution of 1870.

The complete translation is here:
https://uoncc.wordpress.com/2010/05/04/rochefort/

These escapees arrived in Newcastle Harbour on the 27 March 1874 amid great fanfare. The ships in the Harbour had been all decked out in anticipation for the arrival of the Governor, Sir Hercules Robinson, who was to arrive that morning. Somehow they got swept up in the fanfare and became the sensation of the day and became the day’s ‘Lion’.

On their arrival they were taken arm in arm to visit the who’s who. Rochefort’s account of Newcastle and the people he encountered is hilarious.

They stayed in the most expensive place in Town, The Great Northern Hotel, and while three of them returned to Sydney to get some money to pay the bill, they left the other three as a ‘deposit’ to ensure that the bill would be eventually paid. While here, the three took a trip to Maitland and onto to the homestead of Philobert Terrier, a fellow countrymen who established St Helena’s at Lochinvar. He was a pioneer of Champagne wines.

A couple of weeks ago we hosted a visiting scholar from Melbourne, Professor Malcolm Macmillan, who is researching the local Australian reception to these escapees. He is especially interested in Newcastle, and is interested in locating additional accounts of their visit here, especially contacting relatives of those who featured in the story.

One person in particular is their rescuer, Captain Law. His full name was Captain David Cochrane Law. Captain of the P.C.E. which stands for Peace, Comfort and Ease. His wife was Harriet (Ruwald), her brothers were also Master Mariners and came out from the United Kingdom with her. They once lived at Pitt Street Newcastle, a long lost road that once ran somewhere along the carpark behind the Newcastle Public Library in Laman Street. They appear in the 1871 Census of St John’s Parish as having 4 children. Together they eventually had 6 children, 3 girls and 3 boys. We would love to get in touch with any of their descendants.

The breakdown of events is as follows:

– Arrival of the P.C.E. from New Caledonia, having on board six of the most prominent French State prisoners recently exiled to that colony.

– It was somewhat singular that these men should arrive while all the vessels in the harbour were arrayed with a display of flags in honour of his Excellency the Governor, Sir Hercules Robinson, who was expected hourly at the time.

– H. Rochefort and two of his compatriots left by the Kembla, at night, for Sydney.

– The other three, namely M. Olivier Pain, M. Achille Bailliere and M. Cavan Grant Achille [sic] still remain at Newcastle, where they will remain until remittances are received from Paris.

Anyone who has any further information relating to this visit, or is a descendant of any of the characters in this story are encouraged to contact us at the University.