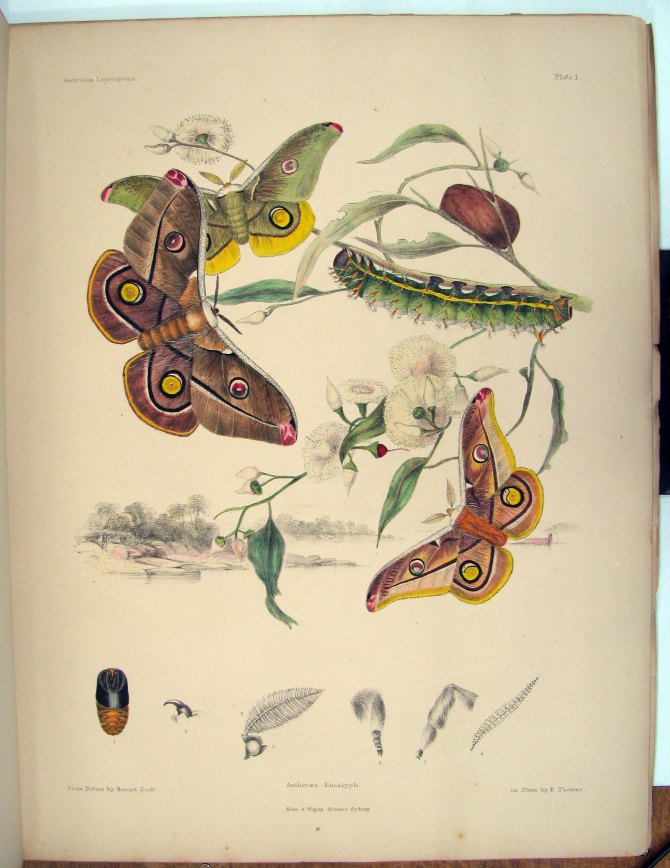 Plate 1 from the Australian Lepidoptera (1864)

To celebrate the recent purchases of three original Scott Sisters works through the University’s Reta Light Memorial Trust and Vera Deacon Regional History Fund Cultural Collections in the Auchuty Library is launching a Welcoming the Scott Sisters back to Newcastle Exhibition dedicated to their legacy in the service of science and art.

The Exhibition will feature the three recently purchased Scott Sisters works, and printed illustrations from the books. In addition we will display the work of the University’s Nature Illustration students, along with life size models, and the ongoing restorative work of the Kooragang Wetland Rehabilitation Project that have been working on Ash Island, the original home of the Scott Sisters, over the past 18 years.

In so bringing the Scott Sisters back the Newcastle the University of Newcastle:

– brings into its custody the exceptional scientific achievements of the entomologist and entrepreneur Alexander Walker Scott (1800-1883), and his talented daughters Harriet (1830-1907) and Helena (1832-1910), artists and naturalists, who were educated and worked on Ash Island documenting Australian plants, animals and insects. This is of immense Local, National and International significance.

– actively supports the historical legacy of this environmental and scientific education in our students, especially those particularly enrolled in Dr Anne Llewellyn’s Natural History Illustration Course, the only course of its kind in an Australian University, and one of a handful worldwide, as well as those in environmental sciences and history. This interdisciplinary course is testament to the continuing legacy of the superb work of the Scott Sisters. 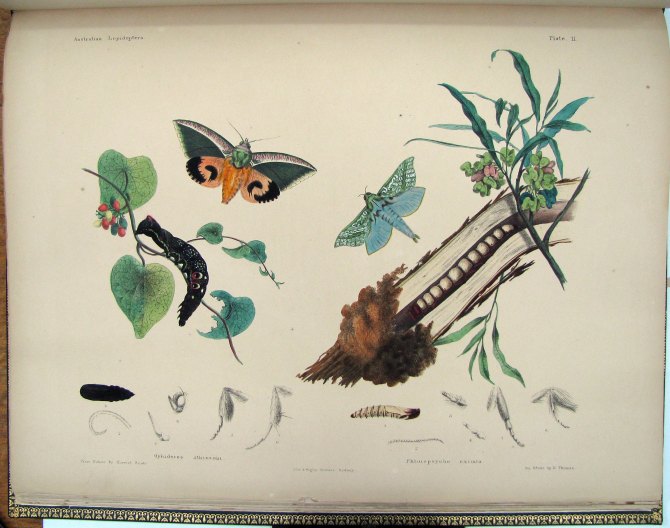 – promotes and supports the work of the Kooragang Wetland Rehabilitation Project and their University partners and volunteers, such as the Tom Farrell Institute for the Environment, that is actively rehabilitating natural landscapes and ecosystems that have been destroyed over the past 200 years of industrial development.

– promotes our Region’s story and place in the context of the ‘Beauty from Nature’ National Exhibition currently underway in the Australian Museum highlighting the work of the Scott Sisters, where all their original plates, archives, manuscripts and scientific and artistic tools and specimens are held. See http://australianmuseum.net.au/Scott-Sisters-Butterfly-and-Moth-Drawings 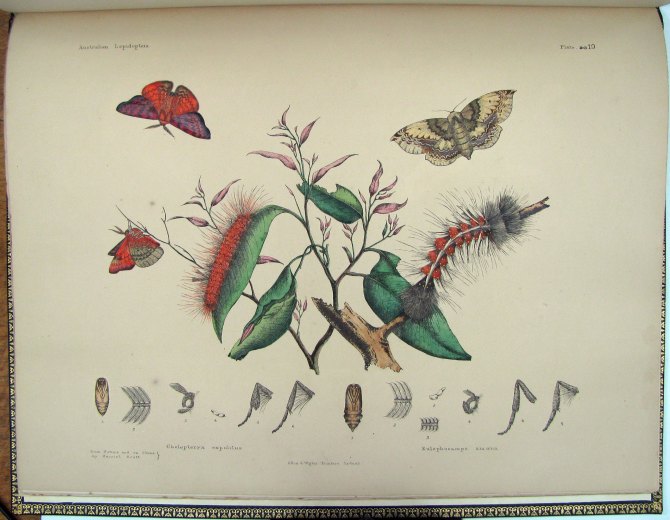 – promotes a greater respect and awareness for the pre-colonial, indigenous natural environment and the knowledge and sustainable practices of the Aboriginal people who lived on the Islands for thousands of years prior to the arrival of European peoples.

The book was made possible through a Department of Environment and Sustainability and Climate Change Caring for Our Country Grant, and continues the legacy of the work of Alexander Walker Scott and his two talented daughters Helena and Harriet, who, through their mastery of science and art, captured the flora and Lepidoptera of Ash Island, transforming it “into a place of scientific interest world wide.” Ash Island is gradually re-establishing its former splendor, after years of industrial degradation, through the work of the Hunter-Central Rivers Catchment Management Authority and the volunteers of the Kooragang Wetland Rehabilitation Project.  This book is the field guide to the environmental re-birth of this magical place and its butterflies.

I hope you can join us in welcoming the Scott Sisters back to Newcastle and celebrating their continuing legacy through the University and community.

The Scott Sisters on Ash Island.

Harriet and Helena Scott are currently being celebrated in an exhibition at the Australian Museum.  Their work has remained largely unrecognized for 150 years since they lived and worked on Ash Island researching and illustrating the plants, insects and animals that inspired them.  Marion Ord’s 1988 publication that included reproductions of the plants and butterflies of the island reintroduced the world to the work of the Scott’s and reminded us of a world on Ash Island that has been largely lost as a result of heavy industry that used the Island as a dumping ground.

Tutored and guided by their father Alexander Walker Scott, a noted entrepreneur and entomologist, Harriet and Helena enjoyed the beautiful natural environment of Ash Island for a period of twenty years faithfully recording and documenting the wildlife around them.  The 2560 acres of land on the island was originally granted to AW Scott in 1829 but it wasn’t until 1846 after his marriage to Harriet Calcott that the family took up residency on Ash Island.  The home they moved into was modest described as being ‘ a simple house with a verandah, sheltered by pines and a huge Moreton Bay fig tree, with a plantation of orange trees behind a modest garden’.  The Scott’s oranges were reputed to be the best in the colony and were sent to the Sydney market.
Harriet and Helena then aged 16 and 14 mixed with prominent scientists and artists and the Island was often visited by memorable guests such as, Ludwig Leichhardt, the artist Conrad Martens and the ornithologist John Gould likely also visited.  Walker Scott is acknowledged by Gould in the 1865 publication of Birds of Australia as having shown him a brood of Grey Goshawks. The Scotts welcomed and entertained the colonies and visiting rich, famous and most interesting characters.

As a member of the Entomology Society of New South Wales and as a trustee of the Australian Museum, AW Scott was in a good position to introduce his talented daughters to the scientific elite. Harriet and Helena had some obvious advantages over their contemporaries in having this close contact with the scientific community that enabled them to seek advice and close scrutiny of their artwork.  As a result of their work on Lepidoptera, the sisters were made honorary members of the Entomological Society of NSW, a rare tribute for women of their day.

The Australian Museum collection of Scott papers, which largely covers the Lepidoptera, indicates that their research was meticulous and included written descriptions, notes and illustrations of each species.  Two notebooks contain numbered observations that align to numbers on the field sketches and when viewed together, each provides a comprehensive description of the colour, patterns and size of each specimen and their associated chrysalis. The notes also include descriptions of transparency and how the insect moves. The Scotts also collected and bred specimens to inform their work.  This collection, which includes a number of type specimens, has been dispersed across the Australian Museum collection but they remain excellent examples of scientifically significant colonial collecting.

Unfortunately the idyllic lifestyle on Ash Island did not last indefinitely and AW Scott was declared bankrupt in 1866. His wife died earlier in the same year and the remaining family moved back to Sydney.  Helena had married Edward Forde in 1864 but Edward also died in 1866 as a result of fever while conducting a survey of the Darling River.  Helena had planned a publication on Flora of the Darling based on specimens she had collected while accompanying her husband on the Darling trip.  His death saw the collection passed onto Rev William Woolls who included them in his 1867 publication Contribution to the flora of Australia.

The sisters continued to draw and paint commercially for the rest of their lives. Harriet drew botanical illustrations for the 1879, 1884 and 1886 editions of the Railway Guide to New South Wales, and they both executed designs for Australian Christmas cards. Her embarrassment at being forced into being paid for her illustration work led Helena to write in a letter to Edward Ramsay:

‘above all … let nobody know you are paying me for doing them for you … I should be sorry that anybody else should know and Papa would be mad’.

The illustrations of Harriet and Helena are represented in a number of notable publications including the landmark 1864 Australian Lepidoptera and Their Transformations,  J C Cox’s 1868 Monograph of Australian Land Shells, Gerard Kreft’s 1869 Snakes of Australia and 1871 Mammals of Australia.

The University of Newcastle has generously brought home to Newcastle some of this important cultural heritage in the books we see today.  As is the case with much of the natural and cultural history of Newcastle and the Hunter region, our ability to research and enjoy it is limited to museums and galleries out of the region.  Though some of this information is being reproduced electronically, the opportunities for Novocastrians to turn the pages and be delighted by the original published work of Harriet and Helena and the many other artists who have documented the rich history of the region has been limited to major national or international libraries or museums.  I am delighted that the University through funding from the Rita Light memorial trust and also the Vera Deacon regional history fund recognizes the important and significant contribution of the Scott family in recording the natural wealth of this area.

Over the last 20 years, the legacy of the Scott’s research and illustrations has informed the rehabilitation of Ash Island.  Peggy Svoboda and a team of volunteers have established thousands of plants including orchids catalogued in the Scott collection.  Hopefully it won’t be too long before the Island will again boast the sentiment expressed by Ludwig Leichhardt whilst a guest of AW Scott in 1842:

..it is a remarkably fine place, not only to enjoy the beauty of nature, a broad shining river, a luxuriant vegetation, a tasteful comfortable cottage with a plantation of orange trees, but to collect a great number of plants which I have never seen before.
(M. Aurousseau (ed. And translation) Letters of F.W. Leichhardt, Vol. 2, Cambridge 1968

The accompanying exhibition of Natural history illustration, is the work of current research higher degree students from the University’s school of Design Communication and Information Technology who are carrying on the tradition of Harriet and Helena.  As their work demonstrates, the Hunter remains a focal point for the observation and visual interpretation of nature some 145 years after the Scotts left Ash Island.  The physical natural environment of the area remains a rich resource for staff and students of the Natural History Illustration program unique in Australia to Newcastle. Through meticulous field observation, recording and research, this exhibition exemplifies the best practice established and executed by the Scotts on Ash Island and puts Newcastle and the University on the map internationally as a focus for excellence in this field of endeavour.  I thank the RHD candidates represented in this exhibition for contributing work for the exhibition and congratulate them on their commitment to the elucidation of science and contribution to knowledge. The world sorely needs such advocates at this time of global warming, habitat destruction and projected sea level change.

To read more on the work of the Scott family the following link to Beauty from Nature: art of the Scott Sisters exhibition currently on show at the Australian Museum
http://australianmuseum.net.au/Beauty-from-Nature-art-of-the-Scott-Sisters/

4 thoughts on “Welcoming the Scott Sisters Home to Newcastle”